Revolutionary technologies can turn single use plastic into new reusable material.
A Cardiff company may have found a solution to cope with the high use of disposable face masks, bringing new hopes into the fight against plastic.
Thermal Compaction Group (TCG), based in Curran Road, have developed machines that can turn single-use plastics and polystyrene into a new reusable material.
Several hospitals, organisations and universities across the UK are already using their technologies for recycling plastic and reducing their carbon footprint.
TCG director of operations Thomas Davison-Sebry said: “For every 10,000 kilos you re-engineer, you will save on average 7,500 kilos of C02 emissions. It also means removing plastics from landfill and having a way of recovering resources which would have otherwise ended up in incineration or landfill.” 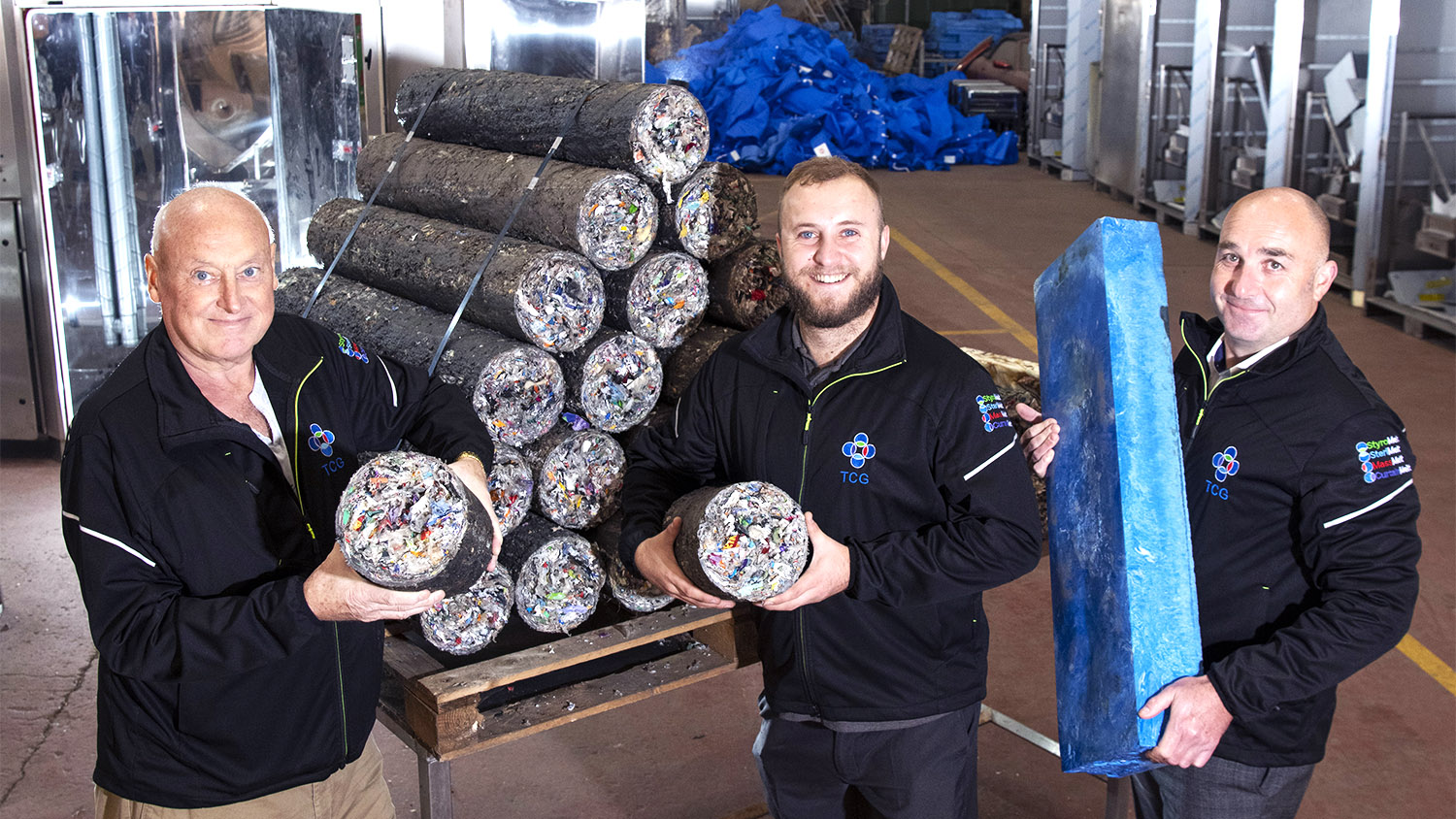 Thomas, son of the company’s founder, said that these thermal compaction machines can potentially be used also to tackle the general plastic pollution, as they can handle a multitude of mixed compressible wastes. The team is working with universities to investigate where else their technologies can assist.
Philip Davison-Sebry founded the company in 2014, specialising in the development of sustainable waste recycling systems that can provide cost-effective solutions.
Aneurin Bevan University Health Board in Newport were the first adopter of one of their technologies. Sterimelt recovers single-use plastic, reducing its volume by up to 85%. The new material is melt into solid blocks that can be re-introduced into the supply chain. 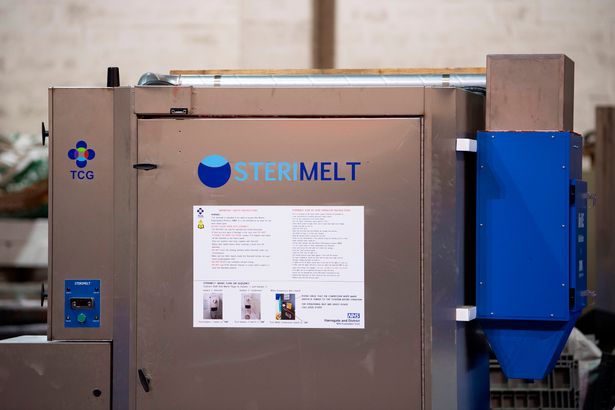 “Our technologies use thermal compaction which has a compaction rate of around 75%+ compared to conventional machines which can vary from 30/50%,” said Thomas Davison-Sebry. Photo credits: Matthew Horwood

The prototype of another of their machines has recently been sold to the US Navy. Massmelt reduces the volume of any compactable waste by around 70%. They are now about to close a potentially multi-million-dollar deal to licence the design and manufacture the product in the United States, Business Wales revealed.
Looking to the future, Thomas said: “The next stage in our innovation is Curtainmelt which will tackle head on the single use disposable polypropylene ward curtains used by the NHS. These PP curtains currently are not recycled and end up in either incineration or landfill. This is done at huge costs, not only to the NHS, but also the environment.”
As Forbes reported, the TCG team is also thinking to develop their technologies even further. They are investigating the option of converting the waste into medical equipment with the use of 3D printers. This could build the base for a truly circular economy.
Chiara Castro - Business & Culture - 5 February 2021